Garland, TX residents rely on Barnaby Heating and Air when they need AC repair and service. We’ve been servicing the Garland area for 25 years with top quality air conditioning and heating products. Call us today to have one of our professional technicians promptly arrive at your home and help you assess your HVAC system. 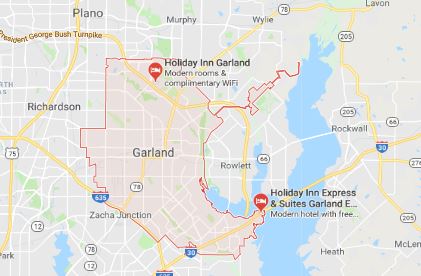 Garland continually receives honors each year as one of the top cities for living, raising a family, and job quality. The city is located almost entirely in Dallas County with a population of 226, 876 residents as of the 2010 census.

Garland, TX came about due to the positioning of a post office between the cities of Embree and Duck Creek in order to settle a dispute. The post office was named after US Attorney General Augustus Hill Garland, and soon all 3 towns combined into one, as Garland, and was incorporated in 1891. After a devastating F4 tornado struck the town in 1927, businesses began moving back to Garland in the late 1930’s. These businesses included several aircraft plants that operated after World War II, of which Kraft Foods later bought a vacant one for it’s own use.